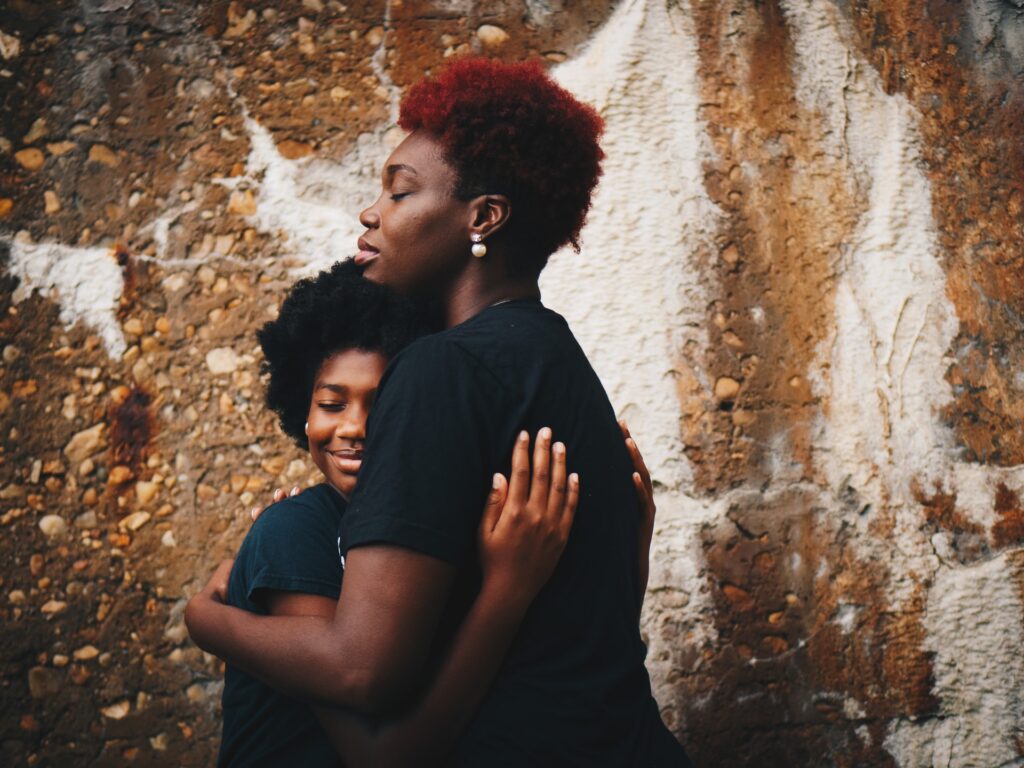 When a woman gives birth, she births not only her child but also a new identity: that of a mother. This identity has been in the making since the moment she found out she was pregnant — and perhaps even before then — especially if her decision to start a family was an intentional one. In spite of the many months of pregnancy, a new mother is catapulted into the strange world of motherhood with a shocking force. There is nothing gradual about it, no going back, no undoing.

Upon giving birth, she exchanges the self she has known for one she does not, and she can intuitively sense that. Everything is different now. There may be excitement, joy, fear, angst, and everything else in between. She may be terrified to leave the confines of the hospital or birthing center or wait impatiently to be released back into the world. It is a bewildering experience and one often faced in solitude as likely no one is fully acknowledging her identity shift.

A new mother’s history of being cared for will play a major role in how she comes to experience herself in the early postpartum weeks and months. If the caregivers she had during labor and delivery placed her at the very center of the experience and gave her the respect, care, and attunement she required, she will feel more fortified to navigate the uncharted territory of new motherhood. A ‘good’ birth should not be defined by the baby’s Apgar score. It is much more than that. If the birth haunts the mother and leaves her with a heartache, we failed her at the very beginning of her journey. She may be left with the impression that this new world is not a safe one; how is she to protect herself and her baby in it?

In our culture, we like to glorify and distort the motherhood ideal: the image of a woman to whom mothering comes with cheerful ease, who self-sacrifices and is a fountain of unconditional love while being a great partner, lover, friend, and professional. Little room is made for struggle, and her every move is subject to public scrutiny. Mothers of young children receive an endless barrage of unsolicited advice and feedback. The new mother quickly catches on to those lofty expectations; before long, her own internal dialogue is filled with judgment and guilt for falling short. No wonder women often feel so ashamed of postpartum depression or anxiety. They mistake their pain for a character flaw.

When a mother is born, she is not like a butterfly, but instead like a chrysalis. As she rapidly changes on the inside, she needs to feel protected and supported. A chrysalis becomes damaged when opened too soon. Yet we do that to new mothers by commenting on their body shape and size, praising them when they seem pulled together, judging their actions, making remarks. Motherhood can become a performance, a show put on to prevent judgment and win accolades from the outside world while the chasm between how a mother really feels and how she believes she should feel deepens.

Mothers need time to own their new identity and to grow into it. It is a gradual process that unfolds over months and years, and it requires solid and thoughtful support in order to thrive. Motherhood is an odyssey, magnificent and frightening in its scope, and one without a final destination. Once a mother, always a mother. 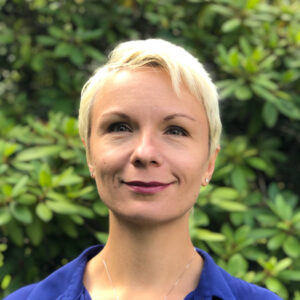 I am a co-founder of Wildflower, a psychotherapist, a presenter and a trainer in the area of perinatal and reproductive mental health.  Many other aspects of my personal identity inform my clinical work: chief among them is my family and immigrant background which has informed my attunement to the psychological upheaval that accompanies major life transitions and to the many sociocultural forces that shape our lived experience.

In my clinical work, I am focused on helping people thrive and cope during periods of significant change, and particularly during journeys towards and through parenthood which may involve infertility, losses, depression, anxiety, conflict.  I work with people from all walks in life. Clients I work with are some of the strongest, most resilient folks I know. They don’t always feel this way, and they come to therapy feeling raw, maybe lost, and certainly quite vulnerable. It takes courage to confront your pain and struggle. I view psychotherapy as a deeply collaborative process that aims to help you discover and tap into your strengths and resources.  You already have what it takes to feel better, be happier, face challenges – good psychotherapy basically helps you access all that. This can only happen if your therapist genuinely cares about and respects you and is invested in their own ongoing professional development and personal growth.

I have extensive training in perinatal and reproductive mental health, evidence-based treatment of mood and anxiety disorders, sex therapy, and trauma.  I earned my Bachelor’s degree in International Studies at the University of Chicago and obtained my Master’s degree in Clinical Social Work at the University of Chicago School of Social Service Administration.  I often present on topics related to mental health. I am an AASECT-certified sex therapist and a certified perinatal mental health clinician. I am also pursuing further training in EMDR to better assist clients presenting with trauma.  The most valuable learning experiences come from my clients though: their experience, wisdom and perspective have shaped my clinical practice the most, something I am deeply grateful for.

People are stronger and more resilient than they often realize.
Our culture teaches us to be fiercely independent. To thrive, we need to embrace being interdependent — deep connection with others is essential for happiness.

I love the outdoors and hiking, camping, kayaking.
I can’t live without chocolate.
I feel grateful every day for getting to do the work I love.

I am a co-founder of Wildflower, a psychotherapist, a presenter and a trainer in the area of perinatal and reproductive mental health. I earned my Bachelor’s degree in International Studies at the University of Chicago and obtained my Master’s degree in Clinical Social Work at the University of Chicago School of Social Service Administration. I am also an AASECT-certified sex therapist and a certified perinatal mental health clinician.