Speak to our therapy intake specialist Get started
Home » Areas of Specialty » Anxiety and Depression » The Human Brain: An Owner’s Manual 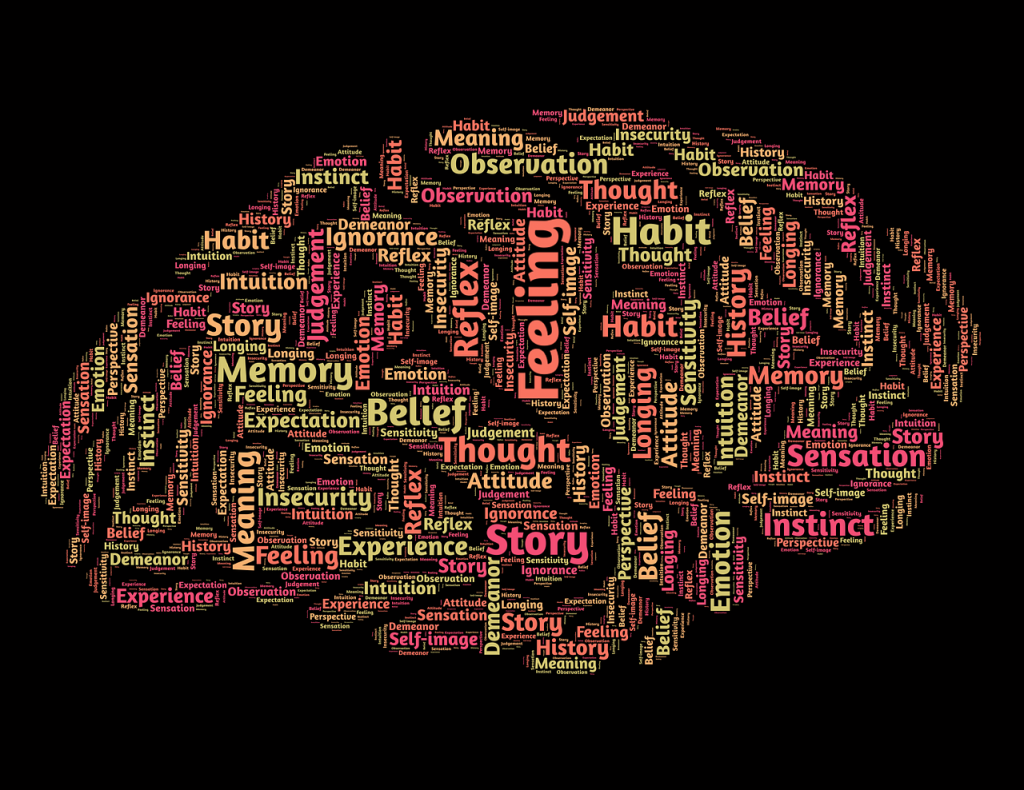 I have often thought we need an owner’s manual for our brains. You may be thinking this isn’t necessary. After all, don’t we all already know how to use them? We seem to be getting along okay without one. In actuality, many of the ways we approach everyday tasks are inefficient, ineffective or just plain backward. People just don’t understand some of the basic functions of what we do with our brains. I realize that this is not something we teach in school. Further, this is not something that parents are equipped to do for kids; they simply don’t have the ability to explain how our brains work. A lot of what we do with our brains, we do automatically but not with language.

We may know how to do something, but we may not be able to explain it to another person. Here is one of my favorite examples of that. You probably know how to ride a bike but take this quick quiz: If you are riding your bike and you start to fall over to the left, what should you do to stay upright? Most people will answer that you should tilt to the right or stop. Both of those answers are incorrect. The correct answer is to turn the wheel to the left. Don’t believe me? Go out into your driveway and try it out. I’ll wait. You will do this naturally, without even thinking about it, because you have learned how to ride a bike. But you can’t explain how to ride a bike to somebody else. That’s because these are very different forms of learning. We learned to ride the bike through our kinesthetic sense. It is an entirely different process to do this versus giving it language. There are other types of learning (like fear-based or other emotional learning) that are similarly disconnected from language. Much of this “gut level” or instinctual learning is difficult to describe. Because of this, we find it hard to teach others what we have learned. Instead, we kind of bumble our way through our own learning.

It occurred to me that this lack of basic understanding of brain functioning is why I often watch people do some pretty fundamental things incorrectly. People accidentally punish themselves for good behavior or they create bad habits, even though they are trying to create good habits, because they misunderstand the fundamentals of how a brain works. It would be helpful if we had a manual that summarized some of these basics.

It would be great if this manual helped to explain how to do the day to day things more efficiently, like learning something more effectively, getting over bad habits, or getting over a fear. We don’t teach these basic life skills in school. We also don’t teach the basics of how we function as organisms and people. There is one moment I can pinpoint that illustrates how we do a lot of things just wrong. One day I was at the gym for a regular workout. It was shortly after January first, and there tends to be a lot of people with fresh and shiny new year’s resolutions at the gym. In case you aren’t aware of this phenomenon, there are folks who show up just after the beginning of the new year with their resolutions to get in shape. The problem is that they don’t know how to make it a good experience rather than a punishment. Because of this they generally come to work out for anywhere between two and six weeks and then they don’t show up anymore. This was a phenomenon of which I was acutely aware, but I had never given it much thought.

One day I got to witness the process playing out in front of me. I watched this poor woman enduring what I can only describe as well-intentioned torture at the hands of an otherwise amiable personal trainer. She had heavy ropes in each hand-which I believe are usually used for restraining unruly, oversized gorillas-and he was working her so hard that she was turning various shades of purple. And I remember thinking (as I was safely pedaling on my elliptical machine at a prudent pace), “I will never see her again.” And then I realized why. She was being punished for good behavior.

Let me explain how this well-intentioned act turned from a victory to torture to likely shame and self-loathing. There’s something fundamental in learning theory that says that almost anything can be either a reward or a punishment. It’s all about the base rate of a behavior. This is also known as the instrumental response base rate, but that’s more detail than you need. To illustrate this principle, let’s take eating ice cream as an example. Who doesn’t love ice cream? We can all easily imagine how a sweet treat can be a reward. However, do you think it would still be rewarding after you eat three gallons of it? Not exactly. So, we can see that ice cream can be both a reward and a punishment. At first, it’s a sweet, delicious treat, but at a certain point we get full, and then we start feeling nauseous. The reward becomes absolutely punishing.

We need to apply this principle to situations like beginning a new workout routine or a new study program. There is a base rate at which we will naturally exercise, and it can be rewarding to do it up to-or maybe a little bit over-that base rate, and we can feel good about doing it. However, at some point it becomes punishment. And that poor woman at the gym was way over her base rate of exercise. Because of that she was going to experience exercise as draining, painful and punishing. She was going to wake up the next day and probably not be able to brush her hair because she couldn’t lift her arms. She and her trainer could have used an owner’s manual like this.

The same principle applies to many intense behavior changes, like 30-day “shreds” or “boot camps.” These are perfect examples of the disconnect between how we see our physical selves and our mental selves. The fitness gurus and fad diet purveyors have often studied a lot on how the body reacts physiologically. On the other hand, they’ve often left out psychology almost entirely, and that’s a mistake. So instead, from this human brain owner’s manual perspective, we want to consider our psychology to get the physiological change we’re aiming for. We need to build up to our goals with smart, logical, reasonable steps. That way, the reaction to working out becomes one of reward and accomplishment rather than pain and punishment. Change may not come as quickly as we would like, but it will be much more durable. Instead of doing a Thirty Day Shred and thinking “Thank God that’s over,” sustainable change is much more likely with solid, steady gains that can be experienced as little victories.

As a psychologist who has spent years treating anxiety disorders with exposure therapy, I have come to realize that people could also use an owner’s manual to understand how they learn to fear something, and how to move on from irrational fear. The ironic thing is that everyone has benefitted from informal exposure therapy at some point in their lives, but they just don’t know it. As such, they cannot explain how to properly do it for themselves or others.

To understand how to get over an irrational fear or phobia with exposure, we first need to understand a little about the nature of fear-based learning. It is tied into our survival instincts, the so-called “fight, flight or freeze” response. This is not anywhere near the same kind of learning that one would do in a classroom (at least no classrooms I have seen). This is survival learning. To understand it, we must take an evolutionary perspective. Fear-based learning can happen in one shot. It was evolutionarily advantageous to learn this way. If we are lucky enough to escape a survival situation, the brain feels it is best to fear everything associated with that situation. Evolution doesn’t care if you are happy; it cares that you are alive and procreating. This is great for survival. This is not so great for living in modern society. Fear-based learning is durable and very resistant to extinction.

That said, we have all overcome something that we used to fear. Most of us were afraid of the dark, dogs, or water as children. Through systematic and repeated exposure, we got over those fears. Unfortunately, most people have very little understanding of how exposure actually works in overcoming something we fear. Most people would tell you that repeatedly exposing yourself to the dark makes you less scared each time (we call this process habituation), and that reduction of fear makes the situation easier to tolerate. In truth, we must first become more willing to be scared and more confident in our ability to handle our fear. We can then learn that the presence of fear does not necessarily mean that danger is also present. We call this process inhibitory learning. Because we understand this process, we have been able to make exposure therapy more and more effective.

For many clinical problems, like Obsessive-Compulsive Disorder, Posttraumatic Stress Disorder, and mood disorders, you will probably need the guidance of a professional psychologist or counselor to apply these principles effectively. However, some of life’s daily challenges could be handled so much better with a little information. If only a parent practicing sleep training with their child had this knowledge, sleep training could be so much smoother and painless. So many of life’s daily tasks could be so much better, if only there were an owner’s manual for the human brain. Maybe someone will write one someday. 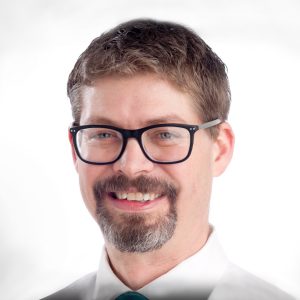 Dr. Benson is the Executive Director of the Depression and Anxiety Specialty Clinic of Chicago. He is a licensed clinical psychologist in the state of Illinois and a Certified Diplomate with the Academy of Cognitive Therapy (ACT). He is a member of the Association for Behavioral and Cognitive Therapies (ABCT), the Anxiety and Depression Association of America (ADAA), and the International Obsessive Compulsive Disorder Foundation (IOCDF).

Mantras for Parenting during a Pandemic
« Why Is Oprah Talking About Trauma-Informed Care?
Building Community As a New Mother »